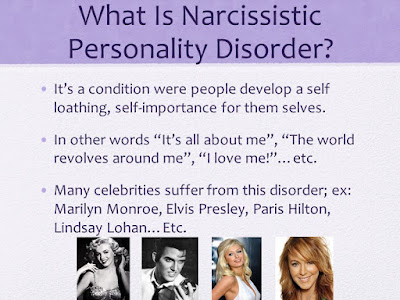 There is a skill that Narcissists are missing and they covet it above all else.  They have a partial, or complete lack of Empathy, and will stop at nothing to try and acquire it.  This is the reason that naturally empathetic people are very often victims to the narc.  It is not like they can steal our empathy from us, so what is their strategy?

Narcissists are 'ego' beings, and they use the illusion of themselves to control their environments with their behaviour.  The ego is a very powerful human tool and narcissists wield it like a weapon to constantly protect their cowardly core, or their 'self'.  They have little or no empathy because they loathe their true self and use their ego to protect their illusion of self. Yet their ego knows how important empathy and compassion are when living in the social world.  Without it, they would never be able to gain the trust needed in the first place to start abusing their victims.

So how do they gain empathy?  They don't!  They mimic or mirror empathy when their ego sees it in others.  They will spend weeks and months mirroring your behaviours so that they can learn how to appear empathetic to others.  In my opinion, this is what makes a narcissist more dangerous than any other people on the planet.  They are evil and self loathing at their core, yet they can appear to be the most caring and compassionate people on the outside.

This begins to leave every person you meet in question.  How do you know you have met a narcissist who is simply displaying empathy, as opposed to someone who is actually empathetic? I wish there was a simple answer I could share, or a quick test you could do to identify a narc, but there is no definitive way to do so.  There are things you can look for though.

It is one thing to have empathy and to be able to use this skill, but it is another thing to mirror it, because if the narc has never mirrored certain aspects of empathy then it simply won't be a tool at their disposal.  For example, if we see an animal being abused, an empathetic person will display concerned and caring behaviours and expressions, whereas a narc will not know what they are supposed to feel until they watch an empathetic person do so.  If they have never mirrored it, their behaviours and expressions will not match the situation.

The more a narcissist mirrors good people, the most kind and caring they can learn to appear.  That is why they prey on empathetic people.  That is their strategy.  Surround themselves with kind and caring people so that they can observe and mimic their behaviour.  Here is the tough part.  I would suppose that this could be a good thing, and that narcissists could learn to be more caring people if they continued to learn this way, but their core self does not change through this process and their ego illusion continues to grow.

If you consider yourself a naturally empathetic person, you have likely been preyed upon by a narc at some point in your life already, but at the time we just did not know it.  So, how do we protect ourselves from the nasty effects of NPD on the victims?  I will continue to say that educating yourself is the best first step.  There is an explosion of information on narcissism out there, and although not all of it is good information, there is an abundance of well researched words in regards to this issue.  The more you learn about it, the better you can protect yourself.

I have learned to protect myself for the most part, and can usually identify a narc within about 5 minutes of conversation now, but I can still be fooled as well I am sure.  So I continue to educate myself, keep myself protected from predators, but in the mean time I have decided to take a more aggressive approach by finding ways to fight back.  We have lived in a defensive position long enough in regards to all of the narcissists running the system, and now we must find a way to go on the offense.

It is my personal belief that the naturally empathetic people of the world will be the first ones to be able to identify the evil of narcissism on our planet.  There is a rise of theories in regards to lightworkers, empaths, starseeds, and all kinds of other magical thinking being shared, but it all has some merit at its core.  Each theory has the same premise at its core in regards to the growth of empathy and compassion, and although the ideologies are quite odd, and believe me some of them are 'out there' in their way of thinking, they explain the evolutionary need for kinder human beings.

What does it take to create a kinder and more compassionate human being? Empathy is the answer to that!  The change on our planet right now has to do with our evolutionary need for unity.  Unity will only come once people become more caring and kind.  Empathy is the cure to narcissism and the Empaths of the world will be kind of like the doctors in this regard.  We will go on the offense and teach human kindness and compassion, even if we have to force it down the throats of the Narcs.

Here is your thought for the day.  How do we force human kindness and compassion onto others, and can we teach the narcissists how to be empathetic?  I don't have this answer yet, although I continue to work on it in my research.  I do know this, the key to teaching a narcissist is to get them to do something they have never done before, to reflect upon their true self.  This is a terribly difficult task because the last thing a narc wants to look at it their true self, they are happy with the ego illusion they have created.

If you can find a way though, you may be the first to discover the cure to this overwhelming evil spreading across our planet.
Posted by Unknown at 9:26:00 AM