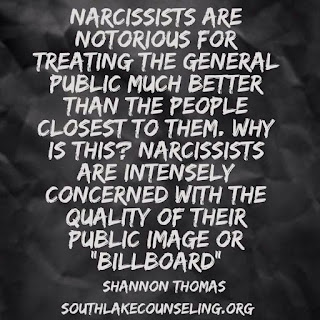 Sometimes I get into deep reflective states that can last for days and I just don't feel like writing.  I have been receiving quite a few email responses from both local and distant readers, and felt I should try to write something new today.

Although someone can find relief from toxic memories through forgiveness and letting go, there always seems to be something residual that does not leave completely.  I can let go of any anger and frustration I have towards my abuser, and have done so, but that is only my personal relief and peace of mind.  There is always something still nagging at the heart, and that is because the problem still exists and has had no resolution whatsoever.

I have a natural empathy that will not allow me to forget about others who are still suffering and have suffered at the hands of the same abuser.  The problem still exists, the abuser is still abusing, and nothing has been resolved.  What would you do at this point?  For my own peace of mind, I could simply walk away and never think of it again, and I could!  But my heart would never forgive me for allowing the abuse to continue.

As I press forward with my plan, I am proud to say that the first steps have been successful.  If I were to share them you may see them as small successes, but they have laid the ground work for the next step in the 'chess' game I am playing.  I had no guarantee and often little hope that my first steps would have any success at all, and they were often just words, theories and plans that I would share with those closest to me.

They likely thought I was a little eccentric at times, but they are also pleased to see my progress since it has become a large part of my healing process.  I can't share the details of my plan at this point, but it will be laid out in my book labelled, The Puppeteer of WN.  It used to be my suspicion and hope that certain individuals would 'creep' me long enough to read the words I have set out for them, but I now have verification that the words have reached some of the 'right' people.

My words are meant to help others who have suffered similar experiences and for those who don't know how to deal with the current narcs in their lives.  They are also meant to serve my own self purpose, which is to expose the truth about my own narcissist abuser and her minions, who are all very 'public' figures in our community.

Nothing matters more to a narcissist than their image or reputation.  The next logical step for me now is to expose truths that will offer a more honest look at these images and reputations, and as I stated before in an earlier article, we are heading into a municipal elections in less than a year, so what better time to make these issues available for public discussion.

I will share many details of my progress as I stand up to the bullying narcissists in my community, as well as any successes and failures that may help others along their approach to anti-bullying.  I will be setting up an online campaign which will offer stories about certain public positions and their actions.  They will be objective articles which will be posted so other can make their own judgments of these public employees.

Of course,  my end goal still has a specific focus of a certain literacy agency in WN and the horrific mental abuse going on there.  The worst part is that this is a not-for-profit agency, the stress and abuse is completely unnecessary!  Maybe one day I will get a call from an interested party who would like to work this all out in a much nicer way, but I won't hold my breath until then.
Posted by Unknown at 7:30:00 PM